Archive for the ‘News’ Category

On Wednesday Feb. 7, students and professors of the Ole Miss Swahili program hosted “Tanzania Night,” which was part of a longer series of events hosted by the International and American Student Alliance (IASA) to teach about the culture of lesser known countries, at Bondurant Hall to teach about the Swahili language and Tanzanian culture. 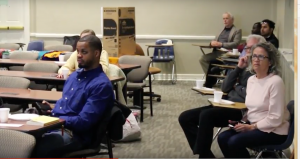 During the first part of the program, which was organized by students Crissandra George and Gracie Snyder, current Swahili students introduced themselves to the several guests in attendance.

A few students who were able to visit Tanzania and practice their Swahili there also spoke about their experience in Africa. Their experience in one of the countries where Swahili is spoken gave them a unique insight into the culture and a better grasp of the language, especially the different dialects and slang terms. 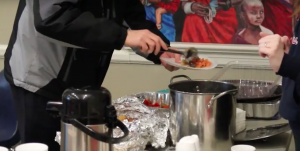 Guests and students then ate some of the traditional Tanzanian food that professors Neema Loy and Lightness Isojick prepared, including chai tea, chapati and chipsi mayai. While everyone ate, the two professors, both natives of Tanzania, spoke about the different aspects of Tanzanian culture compared to American culture.

“I was trying to inform people about Swahili and the culture,” said Loy. “There’s a benefit to learning things from a different culture. I motivate people to learn languages and, for Swahili, it’s a different language and I think if people learn it they will be able to  a lot of things going on in East Africa.” 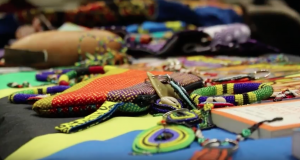 They gave a brief overview of Tanzanian music, literature, fashion and movies. During the presentation, they showed movie trailers, played popular “bongo flava” songs and brought students up to dance.

A longer interview with Loy is available on YouTube. 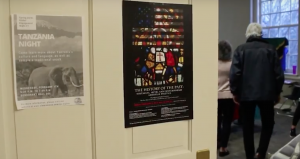